My Fan’s Love My Mum

Matt has done a new interview with the UK daily newspaper “Metro”
In the interview Matt talks about his mum, his brother Luke, and growing up in London.
Read the full interview below.

I grew up all over London but felt most at home in Camberwell, where my grandad and aunt Sally lived. My parents split up when I was five. When my mum married my stepdad, we gained my lovely brother, Adam, and sister Carolyn, who was killed by a drunk driver when she was 18. That was a massive blow to our family and still is. I was 20 and was having success with Bros. I was very close to Carolyn and felt guilty things were going so well for me. But we rallied as a family and got through it.

I started singing because of my family. My parents, my aunt Sally and my grandad all had lovely voices. Sally taught me about music – she had every Stevie Wonder album. My grandad liked Nat King Cole and Frank Sinatra. He came to see me in Los Angeles and sat on my terrace overlooking the Hollywood hills. One of my happiest memories is watching him looking across the hills, listening to Sinatra and drinking a pint of Bass. He was an east London boy – a gunner in the second world war, a builder, and he ended up going into faith healing. He was an incredible influence and I still miss him terribly. He never saw me perform in Las Vegas – he would have loved it.

Growing up, me and Luke were inseparable. When we were kids, we were each other’s rock – if you messed with one of us, you messed with both. Then we had seven years in the band together and all the mayhem that went with it. After that, Luke had enough of the music industry and went into acting. He’s a great actor. In some ways, though, that was when we slowly drifted apart. We adore each other still but don’t hang out a lot, which is a shame. Twins have a special bond – it isn’t a myth. If something isn’t right, you can feel it. Me and my brother have had that many times.

My mum underwent treatment for cancer last year. I cancelled my Christmas and New Year shows in Las Vegas because I didn’t know what was going to happen, but a few days before Christmas she got the all-clear. We’ve got the next five years to get through but I was ecstatic when we got that news. My mum handled the illness with so much grace and composure – I didn’t think it was possible for me to love her any more than I did already but how she dealt with it was very inspiring.

I came back to London for five weeks last year and surprised my mum by turning up unannounced. She was like: ‘Don’t make a fuss, I want to be your mum,’ and made me my sandwiches. I did five shows in London and my mum came to one straight after her chemo treatment. That’s typical of my mum – having chemo then going to see her boy. My fans love her and it was lovely to have her in the room with us all. 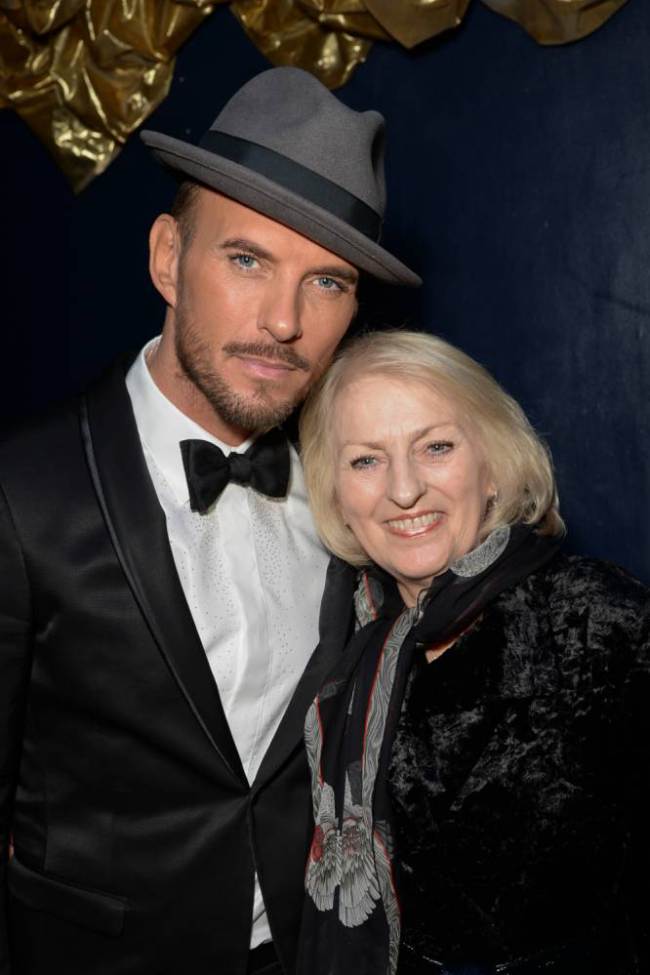 Matt with his mum Carol