Tracklist For Life You Imagine

Here is the full tracklisting for Matt’s album LIFE YOU IMAGINE which is released on the 14th October 2013 in the UK.
You can buy the album here 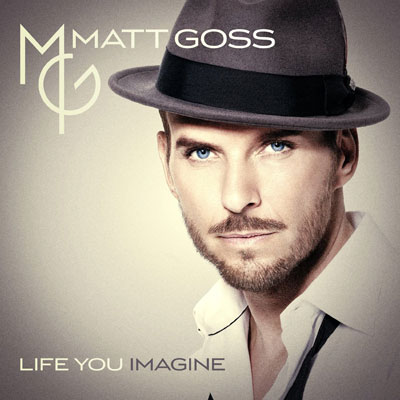 Life You Imagine, Matt Goss’s highly anticipated solo album, is the classy, swinging sound of ambition, passion, and the realisation of 27 years’ experience in the music industry. If Goss’s pop career hit an early peak with ‘I Owe You Nothing’ and ‘When Will I Be Famous’,the classic Eighties hits he enjoyed with Bros when he was just 17, it reaches an impressive new high with this brand new solo album – a project sprung into life by the singer and showman’s long-running, hot-ticket, weekly residency in Las Vegas. And it’s harder because Goss has a lot to say. He admits with a laugh that he and legendary producer Ron Fair (Christina Aguilera, The Black Eyed Peas) butted heads a lot during the recording of Life You Imagine. We’re both very meticulous, and we did push each other but in the best ways. His ambition to honour the spirit of the musical icons he adores, from Presley and Sinatra to The Police and Amy Winehouse would require a lot of hard work. This is about as authentic as it gets, he says proudly of an album, proudly retro yet also smartly progressive that features a 16-piece brass section and 32 strings and a world-class band… I just had to throw everything I could emotionally and creatively at this record. And luckily Ron is a lunatic as well, in the best way. He calls it the album of his life. Luckily, blessed with the musical chops honed by a rigorously weekly Las Vegas performing schedule, Goss was more than up to the task. Ultimately, for all the deep-seated emotional honesty and gruelling graft that has gone into Life You Imagine, 44-year-young veteran Matt Goss didn’t make this album for himself. ‘Really, what I want more than anything is, I want people to make love to it, to make babies to it, to get married to it, to dance to it, cry to it, laugh to it. And if that happens I’ll be a lucky man,’ an impassioned, up-for-it Goss beams. ‘I want it to be part of the tapestry of their lives.’
Indeed, this is an album and an artist that are more than up to the task.