Check out the 7 question interview which Matt recently did with Vegas Seven. 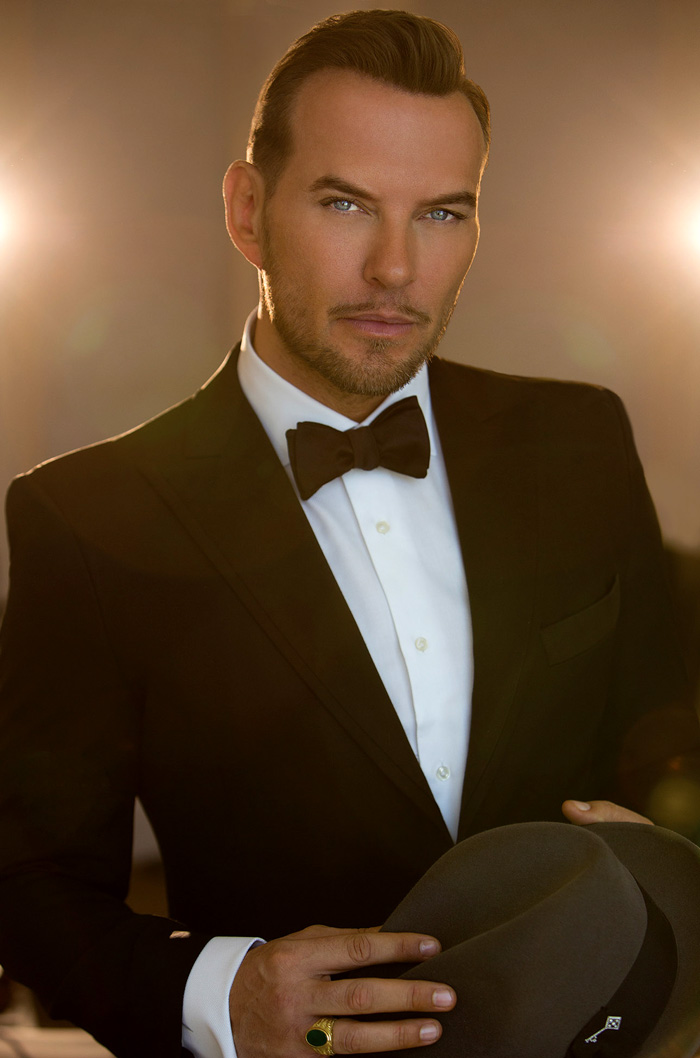 You recently made changes to your show in the Gossy Room at Caesars Palace. What can viewers expect?
I’ve added more original material—five new songs. … My life always makes it onstage. Whether I’m happy, sad or in between, the audience will know. I’m an authentic entertainer. When I was losing my mom last year, I had to force myself onstage every day. The audience allowed me to continue because they let me be authentic and honest. I even shed a few tears. I find it difficult to do that offstage, but I was able to do that onstage.

So would you say you’re more in touch with your emotions onstage than off?
Absolutely not. I’m just in touch with my emotions. If you feel like you love someone, tell her. It’s so funny that we are so defined by stupid emojis. I wrote a poem about the lack of courage because we don’t use language anymore. … We worry about things that haven’t happened yet. We spend most of our lives doing that very thing.

How do you keep a balance between playing tourist-friendly covers and originals?
It’s a good mixture of covers and original music. [But] for me it’s different—I sold a lot of records outside Vegas. I don’t think people would want me to just sing covers. I love the standards I sing, and I do a swing version of “Hotel California.” With a show of covers, I’d lose my mind, because I have to lose myself in the music. When you do so many shows, the thing that gets you through is when you sing songs that come from a deep place within you. When the audience is listening, you remember where you were when you wrote those songs. It brings up emotion and makes the show more emotional.

What’s your songwriting process?
There’s this [shows pages of handwritten notes]. I like descriptive things that describe everyday occurrences. Like the line in “Mustang”: Have you ever seen a mustang inside a fence. To me, the answer is no. A mustang is free. But the point behind that line is when you give somebody freedom to be the best person they can be within the boundaries of your love, then you know that it’s true love. If you try and contain love, then it will try to jump out of the fence. I like using analogies and metaphors. Sometimes you only get one or two lines to describe a massive subject—that’s what a song is, a mini movie.

Your career started in the ’80s with the hit British pop band Bros. But Las Vegans know you best for your Sinatra-influenced style. Do you still want to be known for that?
I’ve never actually gone for Sinatra. I play a couple of Sinatra songs. Sinatra is a genuine hero of mine because my grandfather introduced me to his music, as well as to Perry Como and Nat King Cole. My aunt Sally introduced me to Donny Hathaway, Stevie Wonder and Marvin Gaye. My mom—more rock stuff like Cream. I’m influenced by a lot of music, but what I do love about Sinatra, Dean Martin and Sammy is the camaraderie they have. And I’m lucky enough that some of my dearest friends live in Vegas: [legendary entertainment manager] Bernie Yuman, [businessman and philanthropist] Larry Ruvo, [radio personality] Dayna Roselli, that’s my crew.

What is your favorite moment in the show, where you can feel like your most authentic self?
“Movies in Your Mind.” I needed something that allowed me to be still and sing about a situation in my life that deeply affected me. It’s a ballad, a love song, but it’s heart-wrenching. When you start singing a new song, it leaves you and becomes everybody else’s, which is why I want to hold on to this one for a while. I don’t want people recording the song when I do it in the show. It belongs to me and it belongs to the audience, and that’s it for now. … Don’t get me wrong, I love the opening song, “All About the Hang.” I wrote that because it’s impossible to be in love with somebody if you can’t hang out. There is another song called “Face My Fears.” Try to live and dance through life, rather than just having a rigidity about your superstition.

After six years performing in Las Vegas, you’ve bought a house here. What is your relationship with the city?
I wrote the theme song for the KVVU Channel 5 More show, [“Lovely Las Vegas”]. One of the lines from the song is, ‘It’s more than the Strip/it’s a way of life and holding hands in Summerlin.’ I know that Summerlin is the maiden name of Howard Hughes’ mom. I did my research before I wrote the song. I didn’t just want to write a song that had the words “Las Vegas” in it. That’s why I call it, “Lovely Las Vegas,” because Las Vegas is full of lovely people. It’s full of community. …
I think [this town] understands what I’m trying to do: bring civility and glamour. I’m trying to create a grown-up space for people to have a nice drink, bring their lovely partners, find their new partners, meet their future ex-partners, but just have fun and flirt and be treated like grown-ups. This is great live music with showgirls. So glamorous and so sexy. People tell me they come in tired and leave feeling more sexy, more horny, more alive, more ready to gamble and have fun, enlivened in every level. If I’m in any way responsible for that, then what an incredible position to be in.