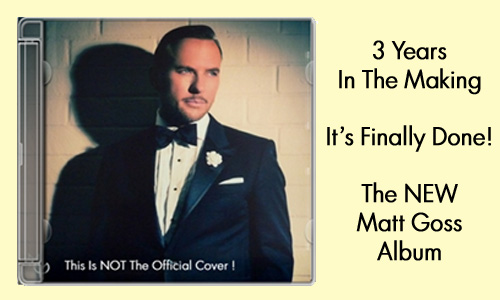 After 3 years of writing and recording .. Matt has now finished his new album.
Matt’s fans have also been on this journey with him, and they cannot wait to hear the album.
This album is going to be amazing !
Matt tweeted the good news on his twitter on Tuesday night

Ron Fair produced this album, and he said ” It is the album of my life ”
Ron Fair’s vast career in the music industry has spanned over 25 years. His roles in the industry have ranged from musician, songwriter, arranger to recording engineer, producer to A&R/ record executive and to mentoring some of today’s greatest and most talented artists. Ron is a six-time Grammy nominee and was the chairman of Geffen Records. Ron is best known as a “guru/mentor”, guiding the careers of unknown artists and turning them into superstars. Ron has also worked on American Idol.

The name of the album is ” LIFE YOU IMAGINE “, the release date is not known yet.
Keep checking this website and as soon as we have more details you will be the first to know.